Hallo Hallo Alliance in collaboration with Action and Gate of Assets Foundation celebrate the power of children at the Philippine Children’s Summit 2018 on October 27 which brought smiles, inspiration and learning to 10,000 Filipino children who attended the big event.

The second single’s official music video featuring the Senbatsu members Sheki, Abby, Sela, Tin, Alice, Ella, Ash, Gabb, Jem, Sayaka, Faith, Lara, Grace, Quincy, Alyssa, and Erica was first seen on an exclusive viewing during a blog conference held at ABS-CBN last October 26 where the press got the first glimpse of the video and had the opportunity to ask the girls some questions

The music video, which was taken at Movie Stars Café and La Mesa Eco Park drawn inspiration from the official music video of AKB48's original version, "Sakuara no Hanabiratachi”.

Hallo Hallo Alliance in collaboration with Action and Gate of Assets Foundation will organize the first Philippine Children Summit 2018 with the theme “Celebrating the Power of Children” at Quezon City Memorial Circle on October 27, 2018 to bring inspiration, learning and entertainment to 10,000 Filipino kids.

MNL48, the Filipino version of Japan's highest-selling all-girl sing and dance group AKB48, and other special guests will also join the event to inspire the children with their stories and performances. Aside from the song and dance number, selected children will be given an opportunity to share their dreams, talents, and thoughts on stage, where the program will start from 9am until 3pm..

The three organizations will gather 10,000 children aged 16 years old and below from public schools and Alternative Learning Programs (ALS) in Quezon City, aiming to empower these children to demand change in the society.

Moreover, in line with its mission to bring joy and to help these kids bring out the best that they can be, Hallo Hallo Alliance will donate 200 laptops to the Department of Education to be distributed to participating schools, to guide these children toward a more productive and easier learning system.

The company hopes that such event will continue every year to provide a fun and inspiring day to the children to give them a break from their day to day activities with the help and support of different organizations in the Philippines.

Find out more about the event here:
http://philippinechildrensummit.com/

Moreover, the girls believe that they were able to give meaning to Bernard Reforsado’s “Dalawang Pagibig Niya” on their performance since it is about teenage love and admiration. “Talagang makaka-relate po ‘yung mga millennial, siyempre natural po sakanila ‘yung magkagusto and magka-crush.”

Himig Handog is a multimedia OPM song writing competition where every year, thousands of composers around the country send their entries to Star Music, ABS-CBN’s recording company. Chosen entries will be sung by selected Kapamilya singers and artists.

Stay updated on MNL48 activities and events; support your Oshi on their battle for the finals of Himig Handog 2018 on November 11. Follow its official website and social media accounts.

MNL48 October birthday celebrants Ruth, Jaydee, Rans, Ella, Erica and Mari were overwhelmed by the love and support of their fans as they celebrate their birthdays during the first Seitansai event held at Movie Stars Café on October 14, 2018.

It was a special day for both the celebrants Jaydee (October 2), Ruth (October 10), Mari (October 14), Rans (October 18), Erica (October 19), and Ella (October 30) and their fans. The girls prepared a very special performance of “Umiindak na Saya” and “Talulot ng Sakura” together with the Senbatsu members as their way of extending their gratitude to their fans who came and showed their support.

Aside from performances, the event was also filled with fun activities where the idols took time to get along with their fans and supporters playing Aitakatta – Gustong Makita dance contest, MNL48 trivia game, and the much-awaited grand raffle where two lucky fans won an exclusive thank you card from MNL48 Center Girl Sheki and Team Captain Alice.

One of the highlights of the event was the touching messages from the celebrants’ closest friends among the MNL48 members and the celebrants’ birthday wishes and heart-felt thank you to their supporters.

Furthermore, Abby assured Erica that she will always be there for her whenever she wants to share something or just to have a small talk with her. “Sana mas marami ka pang mapasayang tao, basta nandito lang ako lagi para sayo,” Abby said.

Rans also shared the stage with Alice and Sheki performing their own version of “Talulot ng Sakura” as requested by co-members and fans. Sheki then admitted that her relationship with Rans before their Japan trip was awkward but she eventually got close to her.

Stay updated by following the official website and social media accounts of MNL48 for next month’s Seitansai, and other upcoming events such as Handshake event, Halloween party and many more.

On October 4, 2018, MNL48 proved once again that they are more than just pretty faces as they showcased their angelic vocals during their live guesting on Wish 107.5. Known for their all-out sing and dance peformances, Senbatsu members Sheki, Sela, Alice, Gabb, Faith, and Alyssa visited the Wish Bus for the first time to sing their debut single “Aitakatta - Gustong Makita” and “Talulot ng Sakura” for a special live performances.

Their Wish 107.5 guesting is part of the group’s radio tour to promote their debut album - out now digitally on Spotify, iTunes, Apple Music and Amazon while physical copies can be pre-odered at Hallo Hallo Mall set to be released this October.

Get the latest updates of MNL48 upcoming TV and Radio guestings by following its official website and social media accounts:

A day after the digital release of MNL48 Aitakatta – Gustong Makita debut album on September 28, the album of the all-girl idol group climbs up fast to No. 1 spot on iTunes Top Albums.

Aside from iTunes, MNL48 also released on Spotify, Amazon, and Apple Music on Friday, and immediately made it to the top with more listeners streaming and purchasing the album online, where it also made its way to the New Music Friday Playlist on Spotify.

To coincide with the digital release of Aitakatta - Gustong Makita, the official music video was broadcasted on Pinoy MYX later in the evening. Furthermore, the single aired live for the first time in radio at ABS-CBN's music radio station, MOR 101.9 For Life with MNL48 Senbatsu members Abby, Sela, Ash, Sayaka, and Faith as guests last September 26.

More good news is coming as MNL48 announced that the girls will be joining this year’s Himig Handog as interpreters, along with Sheena Belarmino and Krystal Brimner for the song 'Dalawang Pag-ibig Niya'.

Fans can now pre-order a copy of the album on Hallo Hallo Mall (http://mall.hallohallo.com/) website for only Php 250.00, where each CD has 1 FREE ticket event for the fans to use on the next handshake event soon.

Supporters got the chance to first listen to the Tagalog versions of the AKB48’s biggest hits two months ago when the girls performed on It’s Showtime.

Visit the MNL48 website and follow its official social media accounts for more updates of the members’ events and guesting. Meanwhile, stream and listen to MNL48 debut album through the links below.

MNL48 will soon release their debut album this October, but you can secure a copy HERE before its release date by pre-ordering the album with 1FREE handshake event ticket on September 24, 2018 at Hall Hallo Mall website.

1. Pre-order of the album will start on September 24, 2018 only at Hallo Hall Mall (mall.hallohallo.com).

5. Pre-orders will be prioritized before the album's official release online and in record stores.

6. After the pre-order duration, fans can purchase the album online and at Odyssey music store nationwide. 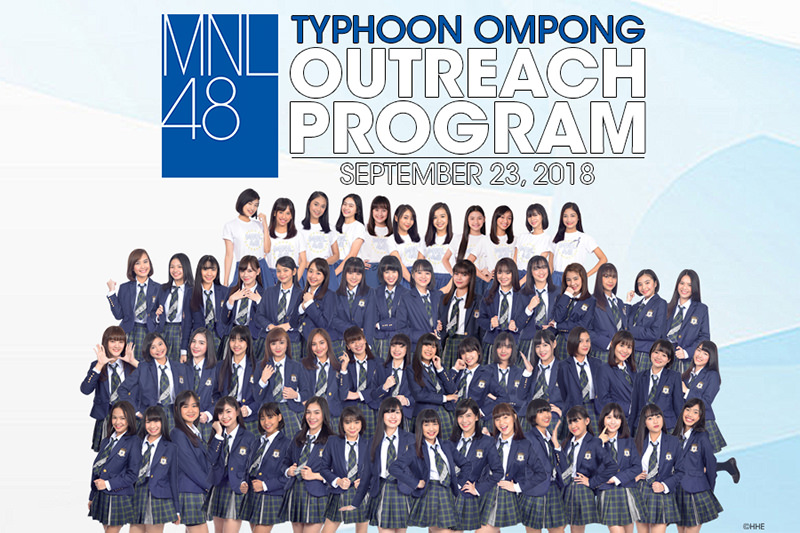 “Hallo Hallo Alliance extends its deepest sympathy and prayers to all the victims of Typhoon Ompong. We hope that our simple gesture of helping the Camiling community will ease the devastating aftermath that Ompong has brought to the families.”

With the assistance of Municipality of Camiling Mayor Erlon Clemente Agustin, MNL48 members and Hallo Hallo Alliance staff personally distributed donations from the employees and relief goods they packed for the residents as a way of helping the victims survive while recovering from the calamity. 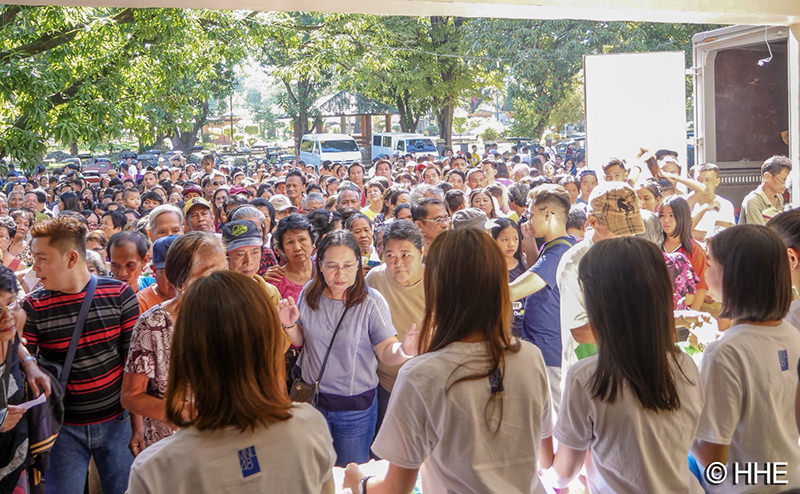 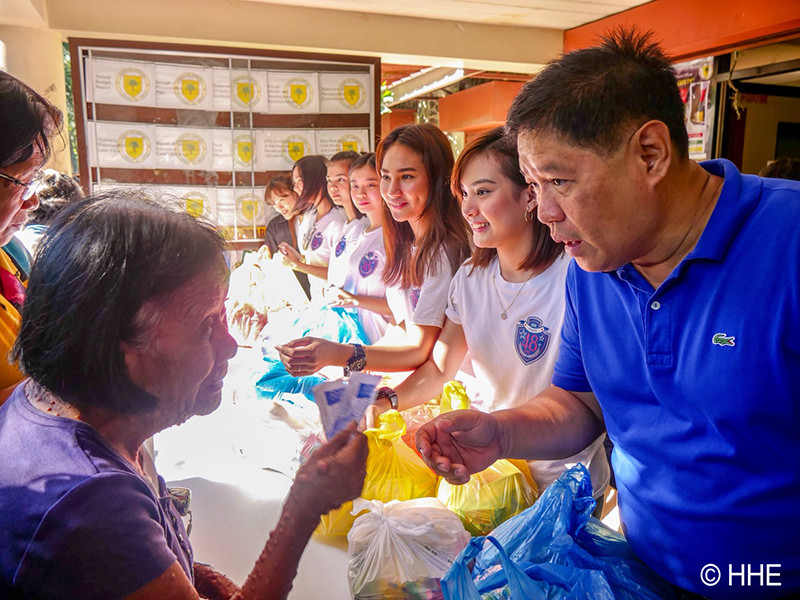 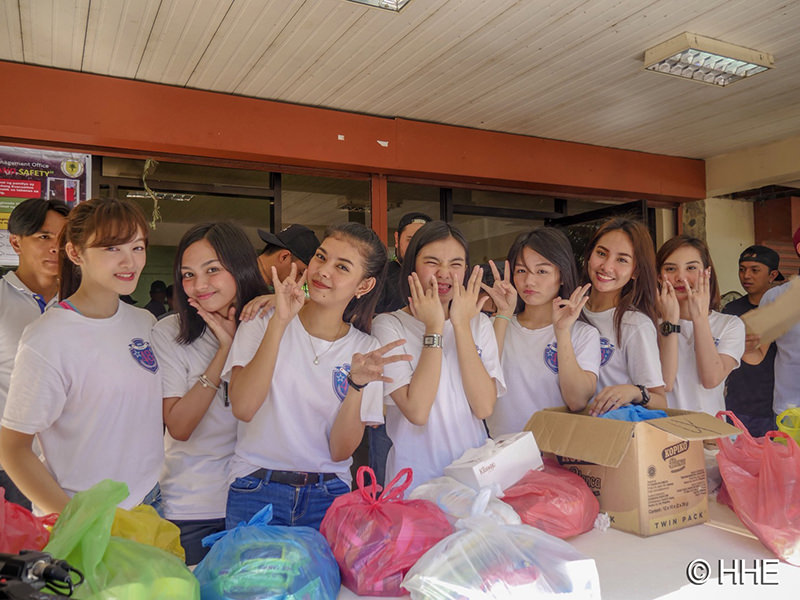 Rikka Kiriena La Morena Andres who has been working as the Municipal Social Welfare Development Officer in Camiling for over three years described the people in their town as resilient. 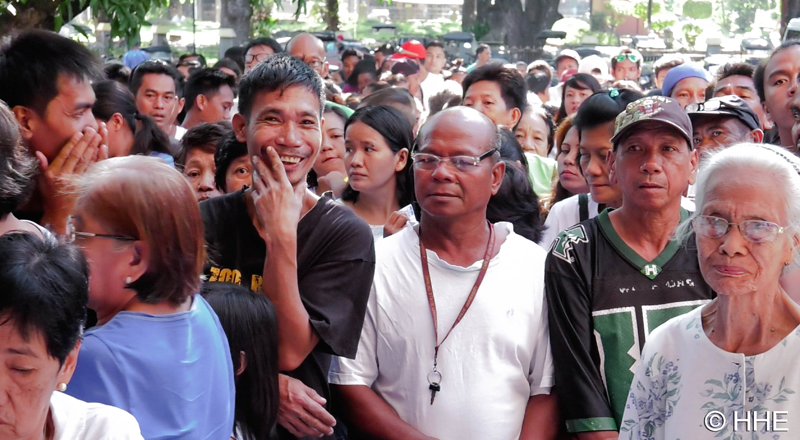 An 85-year-old woman, from Poblacion D in Tarlac, Arsenia Domingo who also lined up to get some relief goods, narrated how the flash flood caused by the Typhoon destroyed their home and reached up to thesecond floor. Although they wanted to relocate to a safer place, they don’t have the financial capacity. 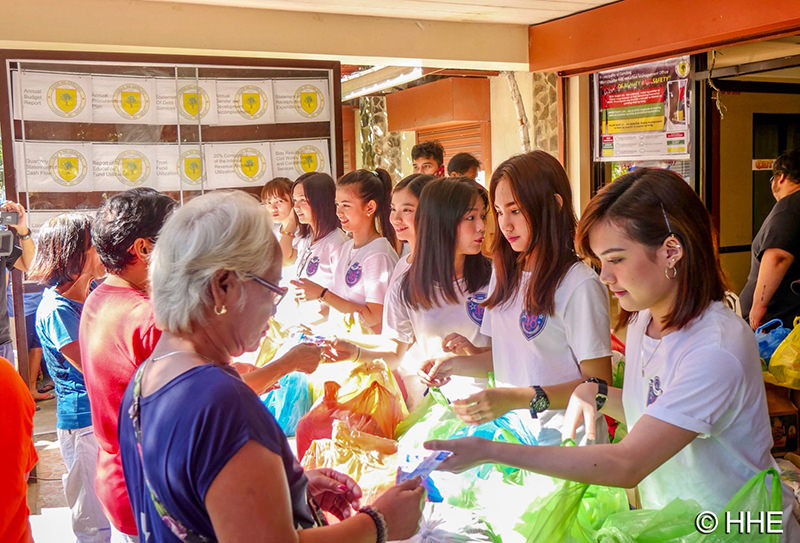 As soon as Hallo Hallo Alliance knew about the disaster, the company with the help of its employees reached out to the municipalities which are badly hit by the typhoon to send help. The company has chosen the community of Tarlac to be the beneficiary of the relief goods and donations gathered from the employees.